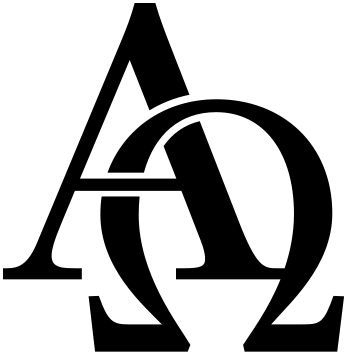 It was great being back with you on Sunday. I absolutely loved sharing my favorite Old Testament Bible character with you. This Sunday, I’m sharing about my favorite New Testament character. Hopefully, you can join us at 9:00 or 10:40 am.

In my personal study lately, I’ve been working through the book of Revelation. I wish you could be sitting beside me as I dig into this great book. It was written by John, the last remaining Apostle, in the late first century (95 or 96 AD). For sure, this book is vastly different from most of the rest of the Bible, with its prophetic language and odd characters like lions, lambs, horses, dragons, angels, demons, and some other strange-looking creatures.

It is important to remember that Revelation was written during a time of intense persecution of Jesus' followers. The Church had survived the terrible persecution by Nero, the Roman   Emperor, in the middle of the first century. But at the end of the first century, Emperor   Domitian initiated even worse persecution of Christians. He demanded that they worship him as Caesar, but when they refused, he would have Christians’ arms and legs tied to horses and then the horses would be whipped. I’m sure you can imagine what happened. Many other martyrs were impaled on stakes or burned as torches. Some were jailed, thrown in with lions, beheaded, and others were stoned to death.

As I’ve been reading the history that took place at the time John was writing Revelation, I’ve been asking myself over and over, “How did the Christians face this?” I know they did because we wouldn’t be Jesus' followers today if they hadn’t… Tertullian said, “The blood of   the martyrs is seed for the church.” What? It’s true that any time the Church has faced persecution, it has risen above it and reached many people, but isn’t there another way?

Interestingly, when the Romans watched these Christians face death — while having joy, peace, and strength –- they were eager and sometimes desperate to find out how. The book of Revelation gave these Christians something to face this persecution. And if the early Christians endured, what’s my excuse? It’s the same book, the same truth, the same words, and the same inspiration. What is the inspiration?

“I am the Alpha and the Omega,” says the Lord God,  “Who is and Who was and Who is to come, the Almighty.” Revelation 1:8 ESV

Alpha and Omega are simply the first and last letters of the Greek alphabet. I believe the entire point of the book of Revelation is this…

If you see Jesus as the first and the last, then you can face anything.

Jan 29
Born for a PURPOSE